Very good condition and well sorted with 56,036 original miles. Introduced in 1969, the 745cc R75 /5 was the biggest motorcycle in BMW’s new line of /5 models that also included the 498cc R50/5 and 599cc R60/5. Often considered more evolutionary than revolutionary, the new /5s were in fact a bit of both. While they retained BMW’s traditional boxer engine configuration (so named because the pistons of the horizontally opposed twin appear to “box” each other as the crankshaft spins) and shaft final drive, the /5s were significantly improved over their earlier brethren. Where previous BMWs were kickstart only, the new /5 had Bosch electric starters (optional on the R50 /5). Breaker points and a pair of 6-volt coils replaced the previous magneto system, and charging was by a brushless alternator instead of the generator found in previous models. Better yet, the new alternator put out a whopping 180 watts, a 50 percent higher output than most other bikes then on the market. Although purists were a bit uncertain about the revised Beemers, newcomers to the Bavarian fold embraced the new bikes. Although not as fast as a contemporary Norton 850 Commando, the R75 /5 was faster than it looked, posting quarter-mile times in the high 13-second range and a top speed close to 110mph. It would tour effortlessly at 80mph all day long, returning 50mpg in the process, and it handled well, too, as capable on a two-lane back road as it was on the super slab. 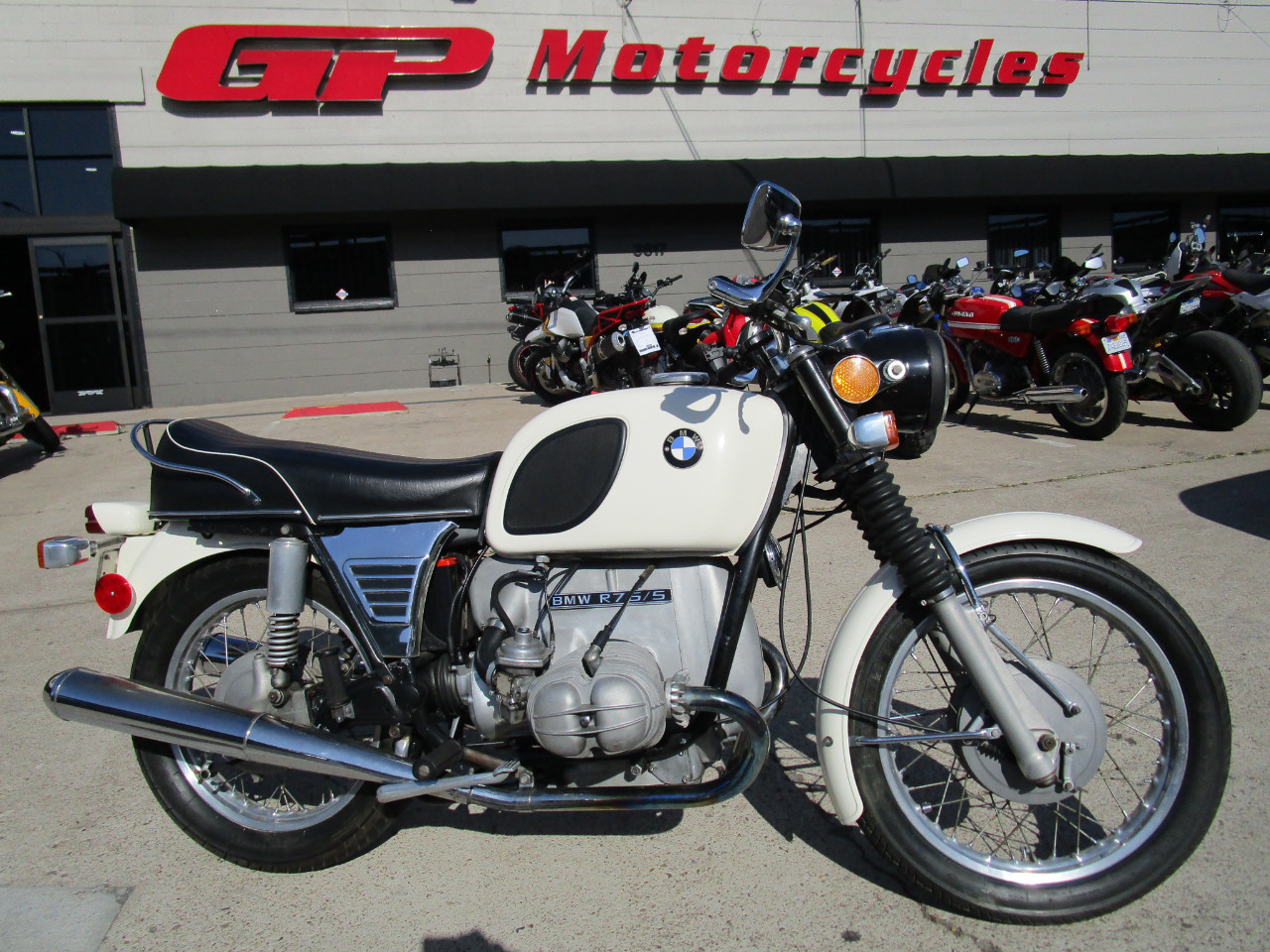 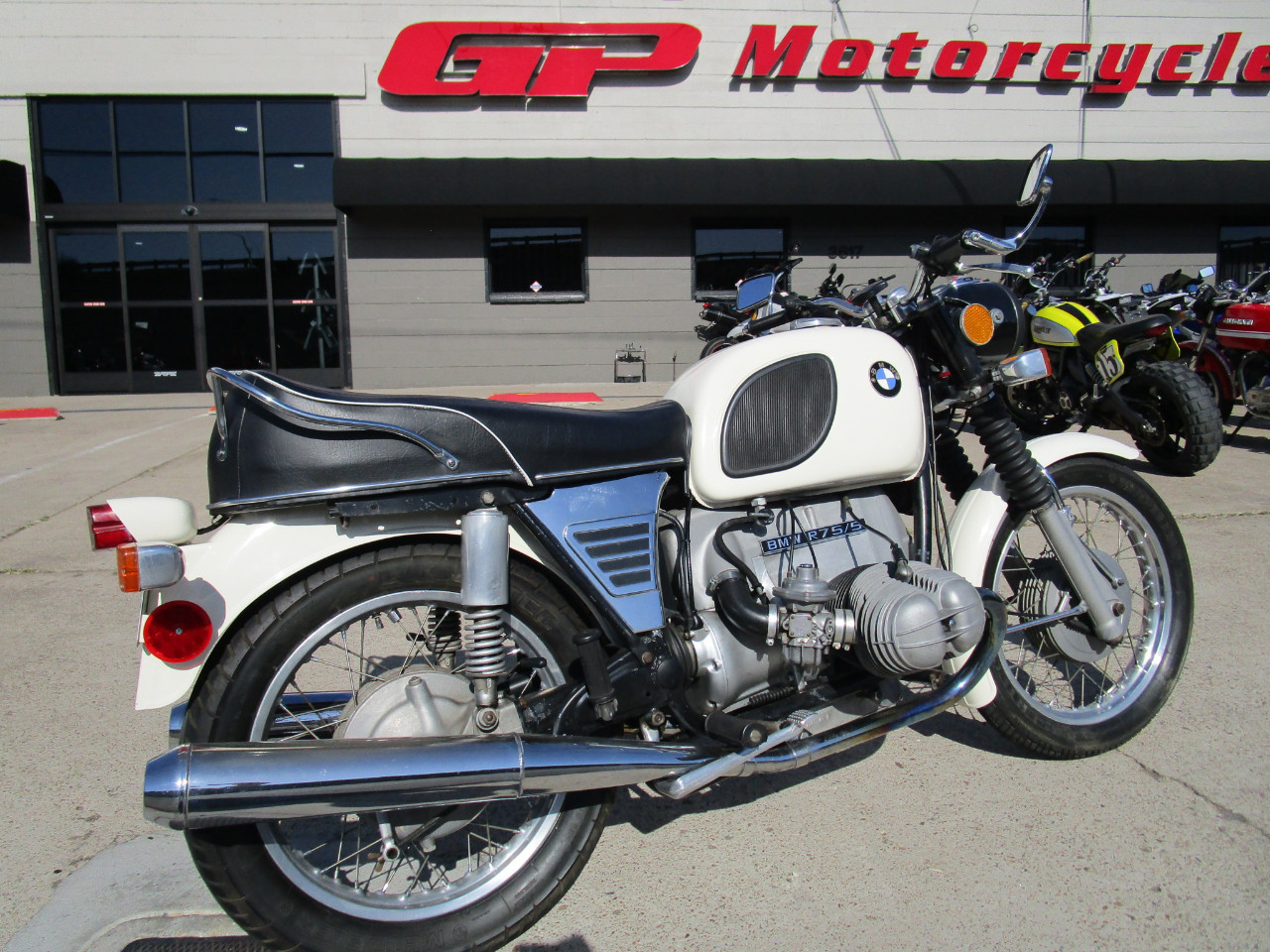 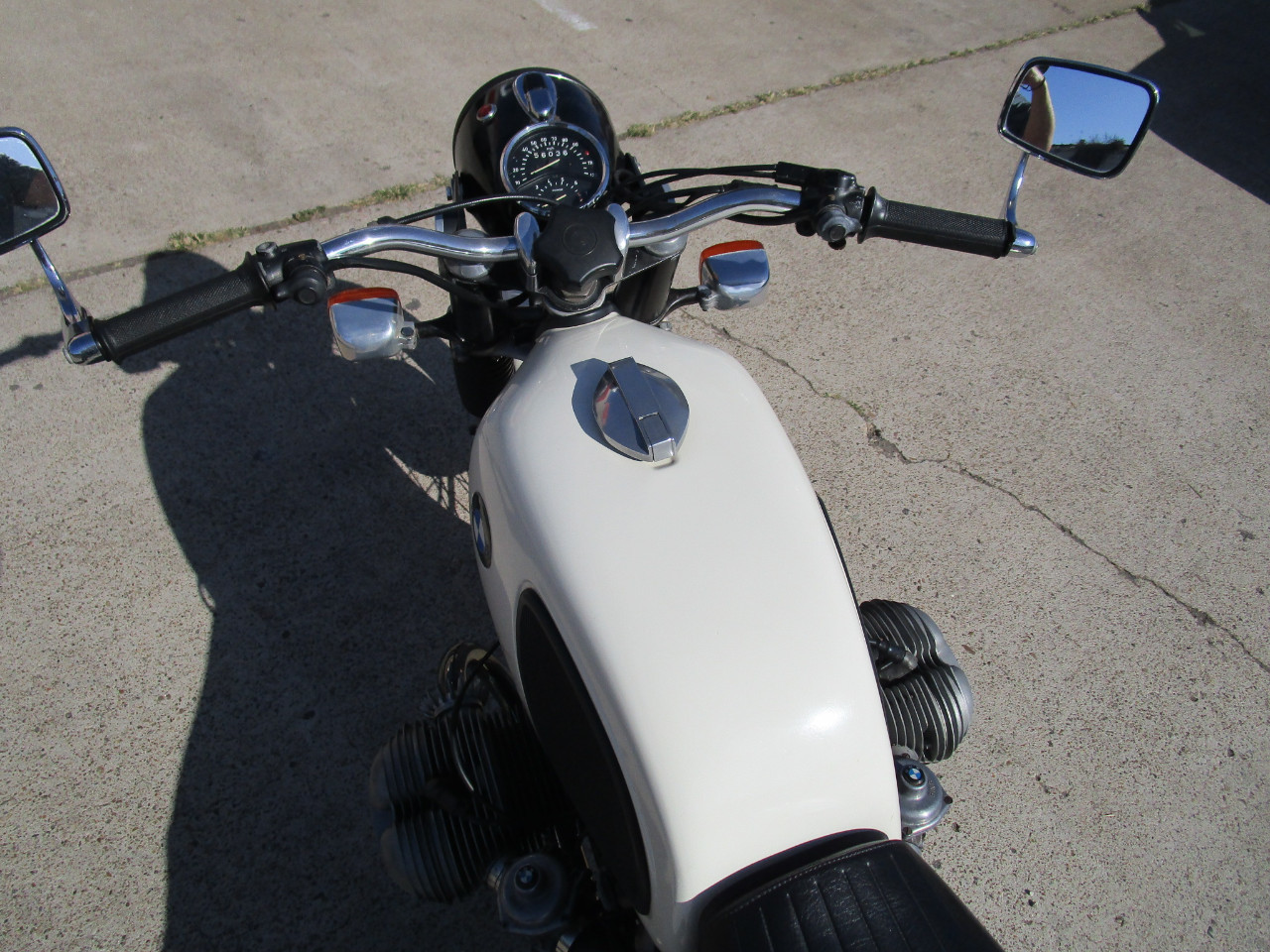 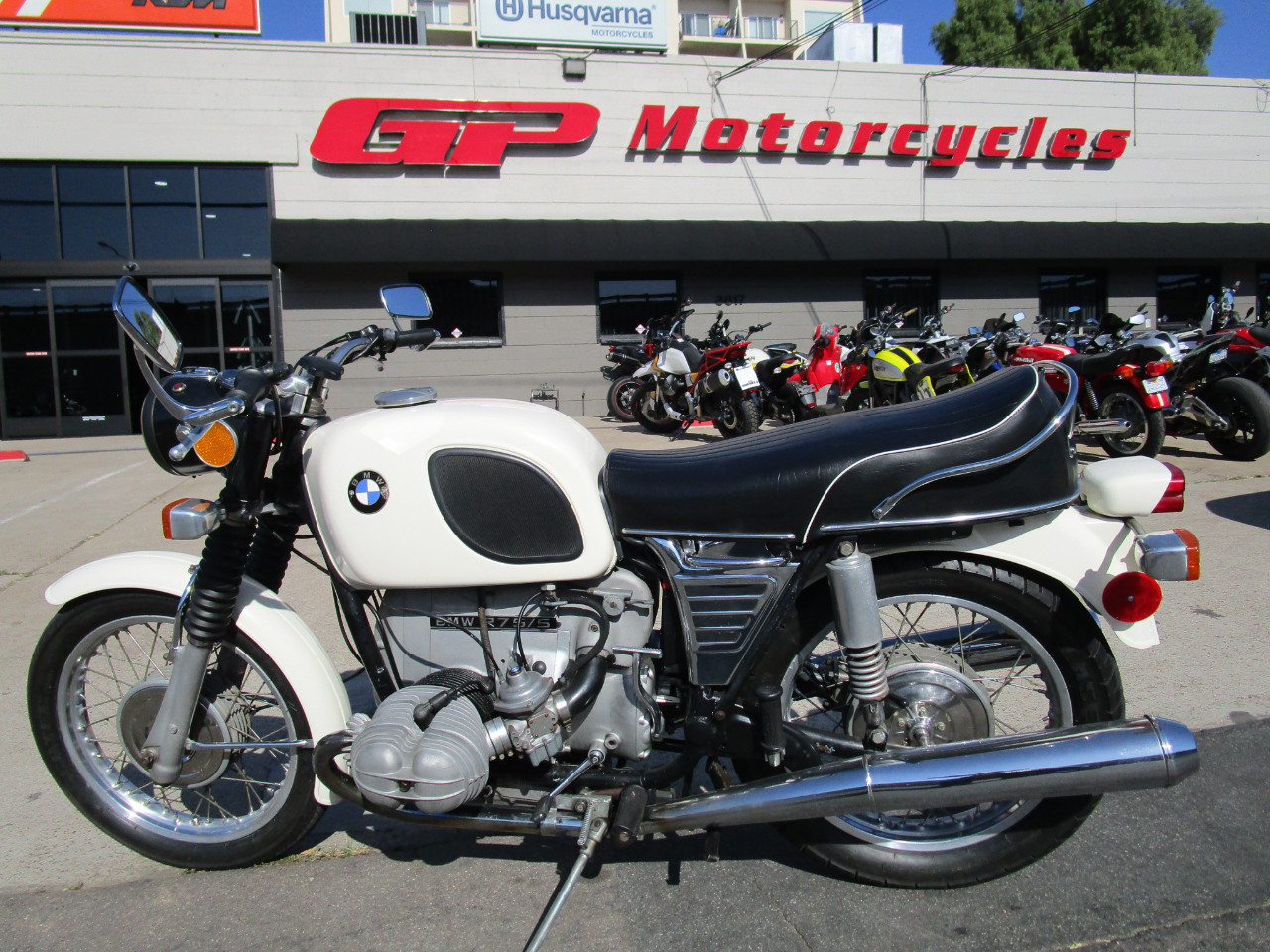 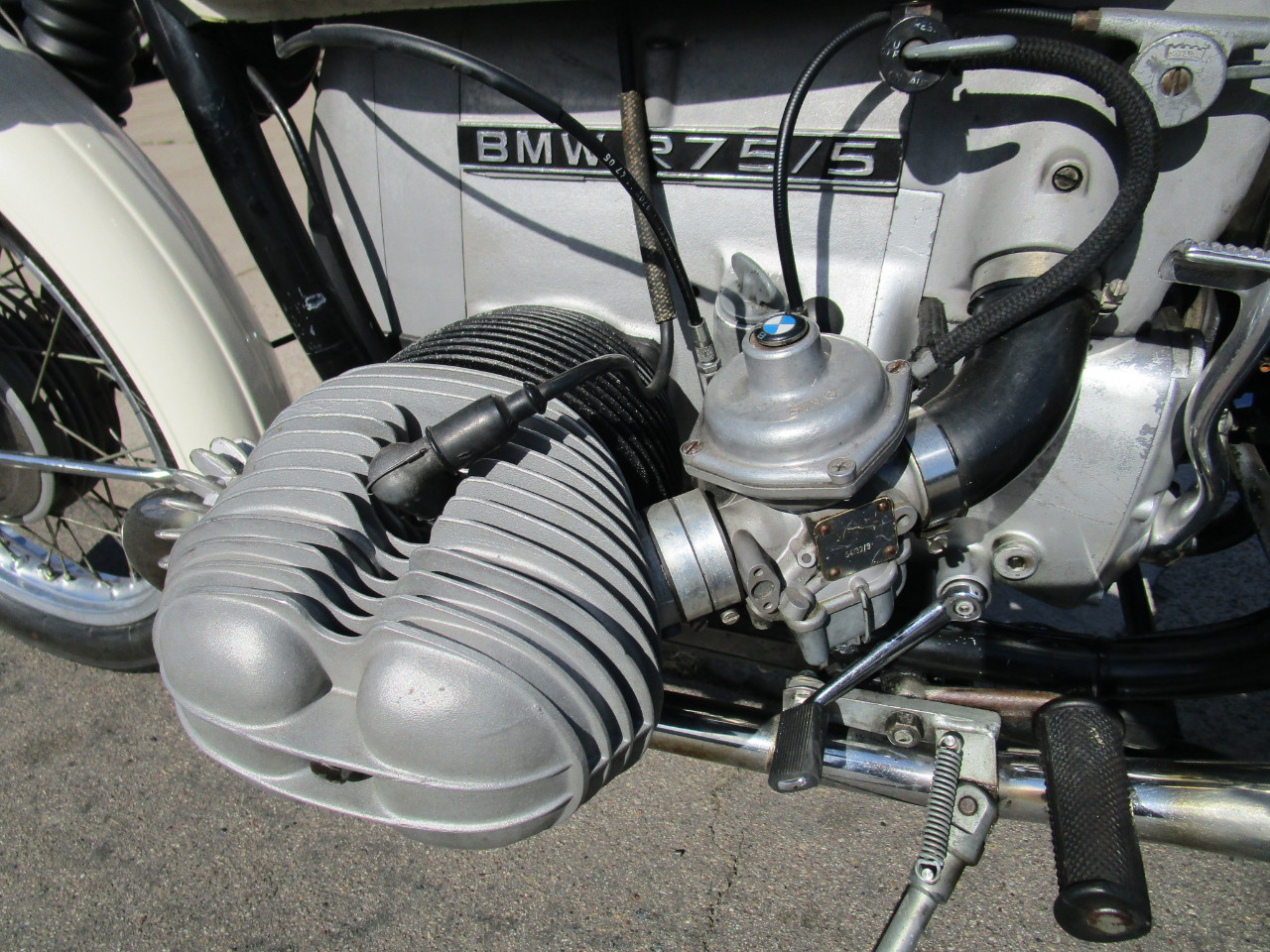